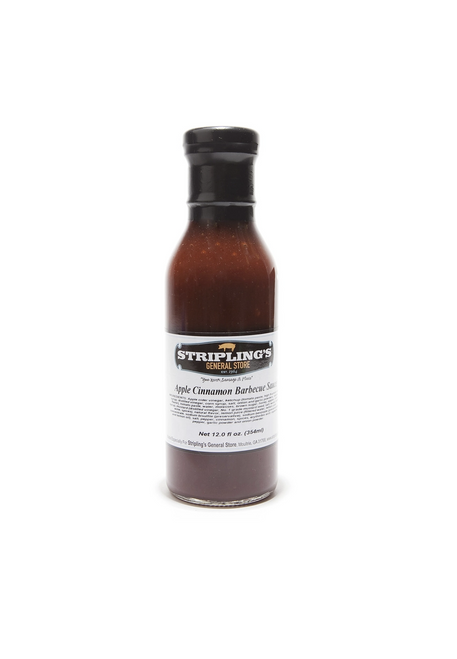 Stripling's Apple Cinnamon Barbeque Sauce resonates with aromas that evoke home and hearth. That's because of the spicy, pungent flavor of cinnamon warms up everything that it is put in while also giving a certain depth. The apple is an unmistakable ally of cinnamon, and the pair have been wildly successful together in cider, cakes, tarts, and other concoctions; barbeque sauce is no exception. The sweet and spicy duo will definitely impress those who like trying new barbeque sauces.