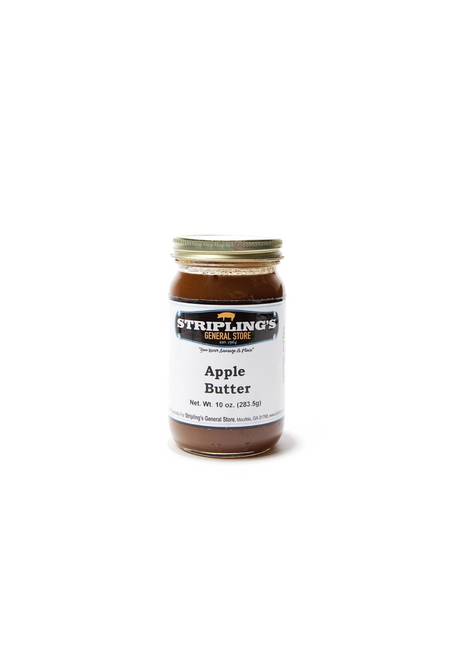 Stripling's Apple Butter is created by a long, slow cooking of apples to the point where the sugar caramelizes, giving the apple butter its familiar brownish tint. Apparently, the Colonial Americans were quite keen on apple butter since it was a well-liked way of using their apples at the time of harvest. They added in copious amounts of cinnamon, cloves, or other available spices. The colonists put apple butter on toast and in baked goods or served it as a side dish or condiment. This popular practice continued well into the 19th century. Today, there are actually apple butter festivals held in numerous towns across the U.S., typically in the month of October. And what better way to spend a crisp fall afternoon than mingling in one's community enjoying all that is representative of apples: home, hearth, and harvest. For a bit of that same delight on your own turf any time of the year simply delve into a jar of Stripling's Apple Butter and make a link with the past.